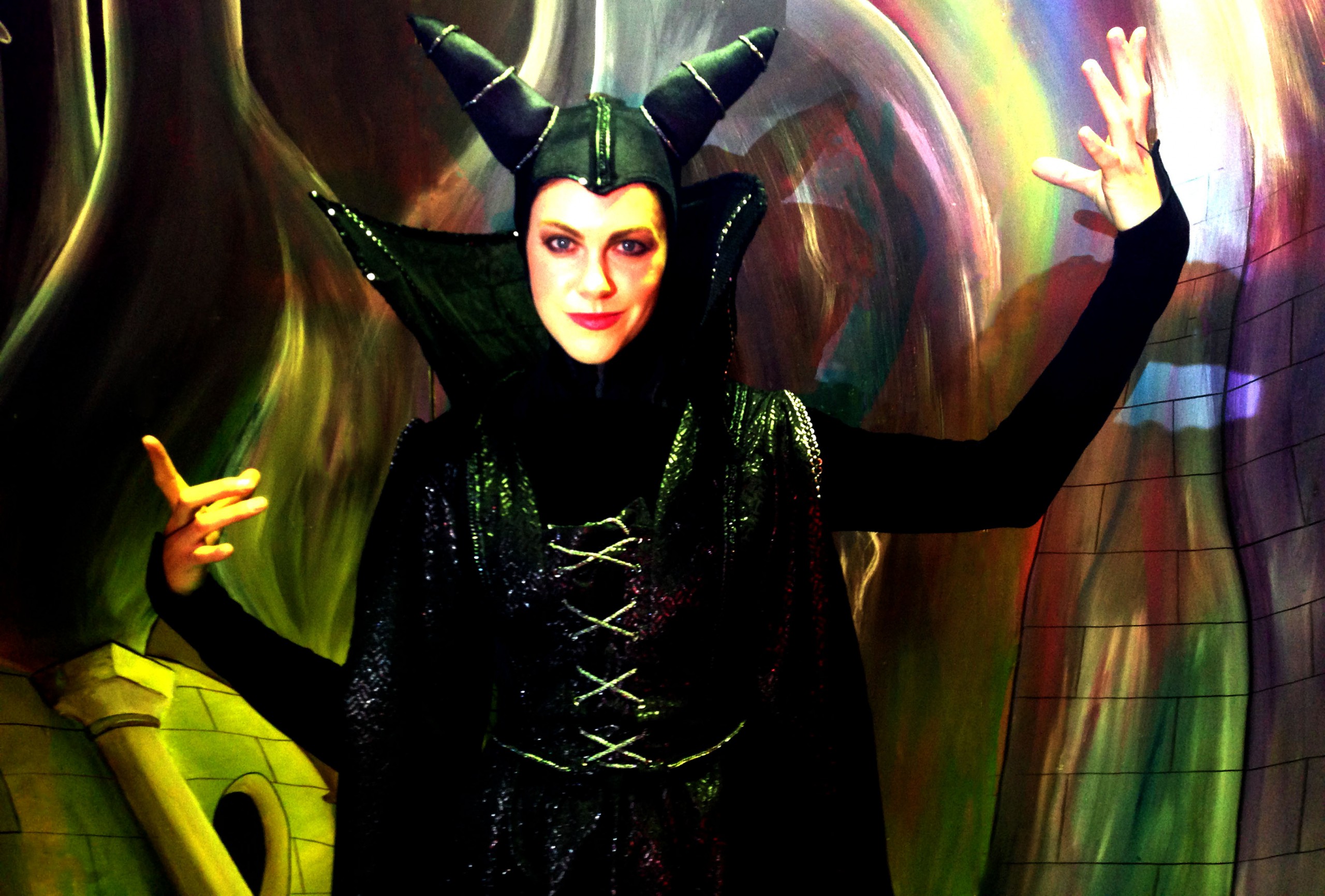 From the Dress Rehearsal of The Alpha Show of Sleeping Beauty, performing to a small audience in Alpha’s auditorium in Langwarrin, Melbourne, Australia. Maleficent does her version of Scream & Shout, originally performed by Britney Spears & will.i.am.

In Alpha’s show, Maleficent has two troll servants Veg & Mite, a parody of the Australian spread of a similar name, who also dance in the song as the ridiculous characters they are! In the end of the video we see the bounty hunter Jamie enter, who has made his choice to switch sides, face Maleficent (who he had previously helped to trick Aurora by giving her the spinning wheel) and save the princess.

In the show, which is touring from May 20th 2013 to the mid-year holidays, ending at the Fun4Kids Festival, Maleficent employs the services of a bounty hunter, Jamie, to hunt down and trick Aurora into pricking her finger on a spinning wheel. The show deals with what drives us to make choices, both the dark ones based on fear and anger, and the more loving choices.

This song is a celebration that Maleficent has when Aurora has just fallen asleep, thus fulfilling the prophecy.

Leave a reply Click here to cancel the reply

This site uses Akismet to reduce spam. Learn how your comment data is processed.